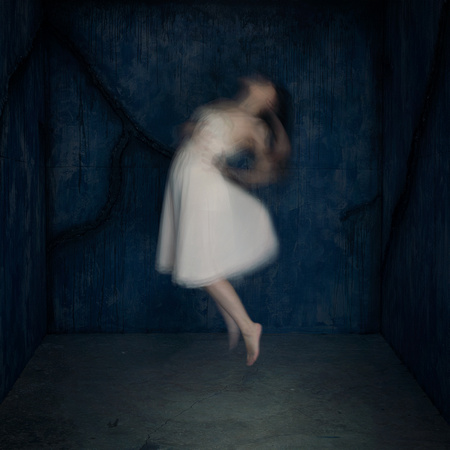 Anxiety isn't something you can see...for the most part. I went a long time hiding it. People just assuming I'm shy, but having no idea the battle I was going through right in front of them. There are so many things people are struggling with that you can't see. I can't even count the times I have been told "don't be so quiet" or some variation of that. Which usually makes me laugh because that should be a simple problem to fix. Usually what's going on right before I'm told that is me thinking of about 100 different things to talk about and then overthinking why each one would be a stupid thing to say. All while trying to keep a smile on my face so I don't reveal the melt down I'm having on the inside.

"But there's a scream inside that we all try to hide
We hold on so tight, we cannot deny
Eats us alive, oh it eats us alive"

Before I began shooting I knew I wanted to get the motion of this pose in camera. I don't normally shoot like this, so it took a lot of tries before I got the process down. The before shot is below. Yes...I am standing on my son's potty training potty. It's clean and not in use anymore I promise!😂 I love trying out new ways of creating and this one gave me so many more ideas for photos in the future.